The Science of Zombies: Introduction

Accompanying LibGuide for the University of South Carolina School of Medicine Library's Science of Zombies Exhibit. 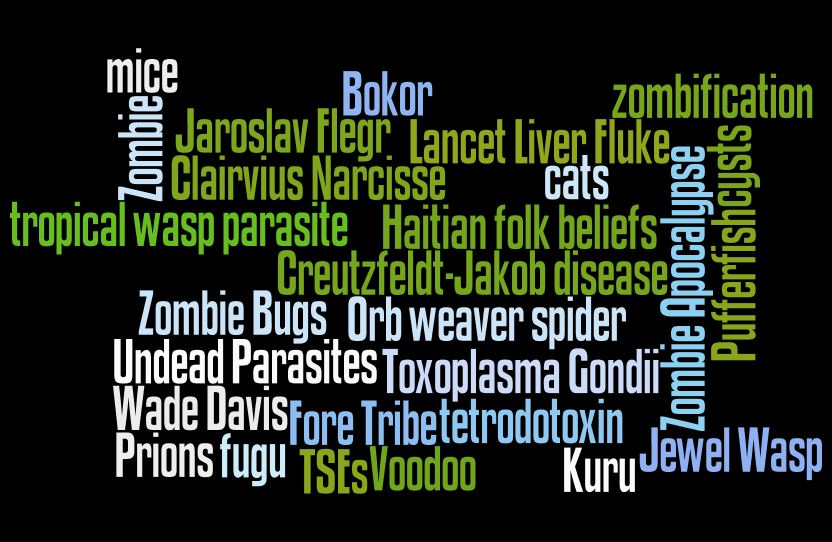 Click on the image above to view a high-resolution version in a separate window.

The Science of Zombies: Digging Up Truth About the Undead

From the independently produced film "White Zombie" (1932) to George Romero's 1968 cult classic, "Night of the Living Dead," and more recent graphic novel and television depictions, there have been ample interpretations as to what a fictional zombie may look like.  In this exhibit, however, we focus on real-life examples of zombification in nature.  From the neurotoxin-laced potions of Haitian Voodoo sorcerers, to the parasitic zombie-makers of the insect world, we attempt to dig up some of the surprising truths about the "undead," ending with perhaps the ultimate question of all: might a "Zombie Apocalypse" actually be possible? 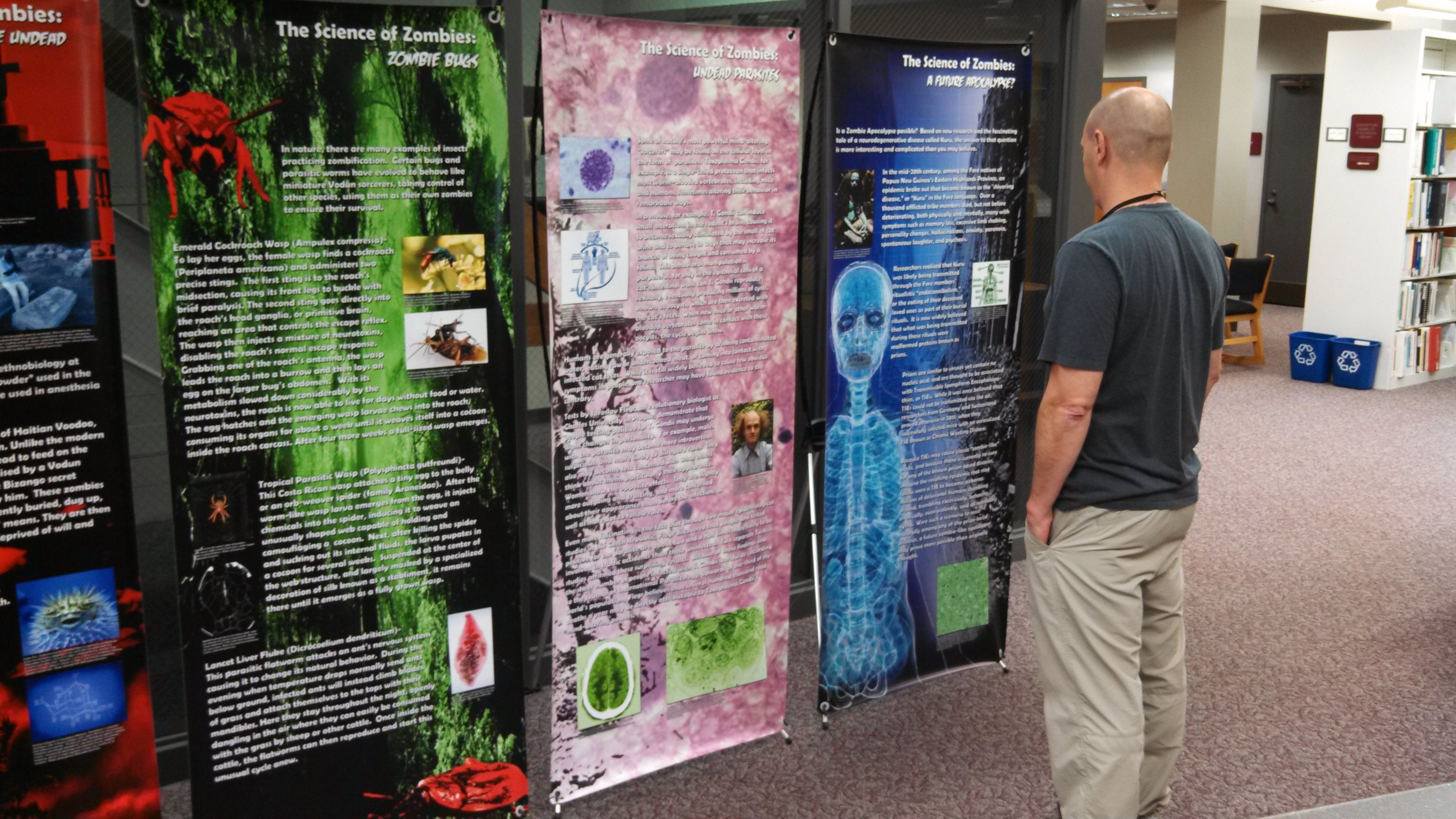 The Science of Zombies: Digging Up Truth About the Undead, a new exhibit curated by Steven Wilson and Josh Brunck at the University of South Carolina School of Medicine Library, is currently on display.  The four-panel exhibit focuses on real-life examples of zombification in nature, including such topics as the neurotoxin-laced potions of Haitian Voodoo sorcerers and the parasitic zombie-makers of the insect world.  Click on the page tabs above to access more about the exhibit, pictures, and the research literature related to all things Zombie... 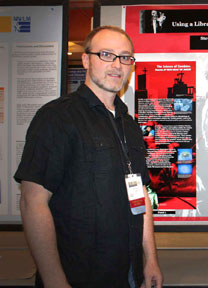